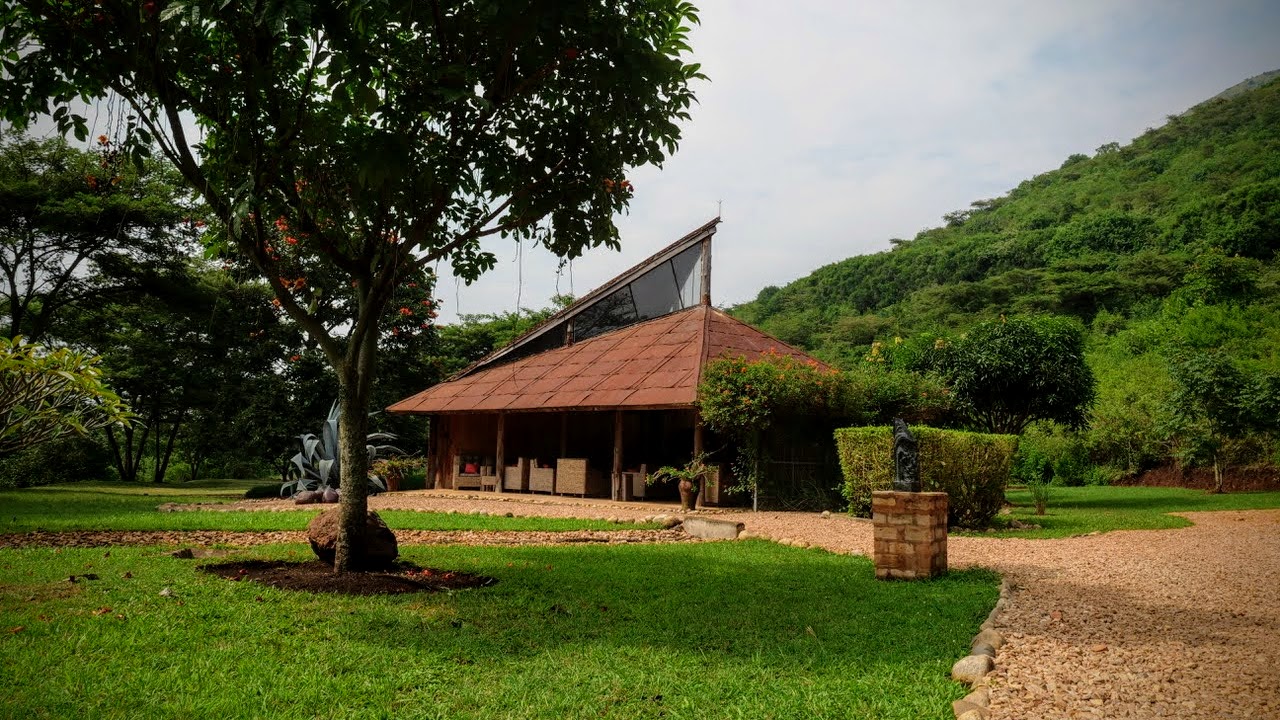 With the doom-and-gloom narratives of environmental destruction and the climate crisis, it is easy to get paralyzed and sink into despair. An inspiring mix of change-makers is working in the opposite direction, using positive impact stories to spur action. Meet the Rwenzori Founders and Films for Change who are co-creating the Rwenzori Rainmakers feature documentary!

The Rwenzori Rainmakers feature documentary is a character-led film where the Rwenzori Founders and their community share their story with their own voices. It is a story about a creative enterprise in the foothills of the Rwenzori Mountains of western Uganda that empowers its community through restoration, art, and health services.

The Rwenzori Founders have a thriving sculpture foundry and gallery that attracts tourism and hosts events with international artists. Events and art sales help to fund restoration and conservation efforts and the team is helping construct a new hospital. These activities provide local employment and result in numerous benefits for the climate, biodiversity, and human well-being.

Since 2008, thousands of indigenous trees have been planted, 80 acres of land have been rewilded, and bird counts have increased from 50 to 200 species. The forest keeps expanding, as local community members are replanting trees on neighboring plots following the lead of the Rwenzori Founders. An explorer.land interactive map helps to document and communicate the rewilding impact and to engage supporters.

Films for Change hopes to convey this story with the Rwenzori Rainmakers documentary. The goal is to inspire positive environmental action and awareness in Africa and beyond. A crowdfunding campaign has been launched on Kickstarter to help fund the film and the first campaign has successfully raised £25,675. The Rwenzori Sculpture Foundation is funding the accommodation. The team will continue to fundraise for post-production and related outreach activities such as podcasts, radio stories, community screenings, and theatrical events that will reach wider African communities.

Films for Change co-producer and director Zuleika Kingdon, born in Uganda, has a long history of filmmaking for positive change and is particularly excited about this documentary.

What is a Rainmaker? Or can you explain a little bit more what is behind the title of the documentary…

Rwenzori is often translated as Rainmakers, or Custodians of the Clouds, due to the moisture-rich cloud that always cloaks the highest peaks of this beautiful mountain range. Rainmakers is also the recent nickname given locally to the Rwenzori Founders, as people have recognized that the planted trees have had a cooling effect and have also contributed to a better and more consistent rain season. The trees draw water from the forest soil and help cloud formation through evapotranspiration. People can see and feel that difference; it remains relatively cool at the arts center while the day might be sweltering hot in the local town of Kasese. Most of the Rwenzori slopes have been deforested within the lifetimes of local people. There was also a destructive fire in the region in 2012, so the wider area is prone to floods. But the Founders have become new ‘custodians’ – actually putting back the trees and gaining a positive reputation. Planting trees is a solution to climate change because forests can soak up a third of the CO2 we humans spit out into the atmosphere – every little degree that cools the rising temperatures of our atmosphere counts.

Rainmakers is also the recent nickname given locally to the Rwenzori Founders, as people have recognised that the planted trees have had a cooling effect and have also contributed to a better and more consistent rain season.

Research has shown that our forests cool global temperatures by 1-degree centigrade. Arid lands, even if they are covered by bushes or grass, don’t have the same effect because, like our concrete jungles, they are bright surfaces that reflect the sun’s energy. In a way, everyone who has supported this film to date could call themselves a Rwenzori Rainmaker as our recent campaign promised to plant indigenous trees for every £25 pounds donated. The count has now reached 1000 trees. Those trees also need to be nurtured, so thanks to our supporters, we are also funding 6 months of care for these saplings. So if anyone would like to be part of this and support our project, please reach out to us at hello@filmsforchange.co.uk and subscribe on our website.

How has your presence on explorer.land helped to spread the word about the project and the crowdfunding campaign?

Using the map has been really exciting. The Founders have been far too busy working to publicize their activities, so it is wonderful for them to have an interactive tool like this to quickly document news stories and upload pictures. It has given this small enterprise a big boost, having a community of like-minded projects to refer to and to make new alliances. For example, they joined the Global Rewilding Alliance on invitation, which happened because of their presence on explorer.land.

It has given this small enterprise a big boost, having a community of like-minded projects to refer to and to make new alliances.

When the GRA launched its own social media campaign for World Rewilding Day, Films for Change were also able to participate, sharing images and gaining more followers on social platforms. The addition of the call-to-action button was very timely too – we could share our crowdfunding campaign which met its target ahead of time. I’m sure we will be using this feature again. We will continue to use the map for our film’s impact storytelling and to document and show how the project grows over time. The platform is a great invention and easy to use.

What would you consider to be the most inspiring element of the Rwenzori Rainmakers story for you personally?

Using my creative skills collaboratively to inspire biodiversity protection and reforestation in this beautiful part of the world, which also happens to be the country of my birth, makes me happy. If our trees survive and help mitigate against climate change while also helping endangered wildlife return, I couldn’t have a better project. Equally inspiring is the chance to explore how our characters relate to their environments historically and culturally, but also in the face of climate change as the region is exposed to regular flash floods. Artists the world over are great communicators and tend to challenge issues of the day, but the current question of what world do you want your children to inherit and what are you doing about it is relevant to everyone. Our film hopes to voice personal stories as we capture not only the positive outcomes of how a community project becomes self-sustaining and beneficial but also the challenges they face and must overcome if it is to continue to expand. The dream is for everyone to reforest pockets of their own lands to create a future forested corridor between two regional national parks. This will protect and increase biodiversity and will enable people to live more healthily in harmony with nature. The reality is never as simple as it sounds, but our ‘Rainmakers’ are making a very inspiring start.

How do you imagine the Rwenzori mountains to be in 2032?

I hope it would be more forested and perhaps more local people outside the national park area would feel more invested in helping protect their nature. Word spreads fast. Already farmers are saying that the fields below the reforested plot have better soils. Pre COVID, the gallery café was beginning to receive regular visits by tourists en route to the National park.

If we restore 30% of lands that were converted to farmland in priority areas like this, working at local levels, we could possibly prevent 70% of predicted mammal, bird and amphibian extinctions.

And tropical trees grow very fast. Some tree tomato saplings that I planted in 2019 fruited 2 years later. Our 1000 trees should be sizable. And given that in only ten years the Rwenzori Founders witnessed the number of bird species quadruple from when they started, I hope all 217 Rwenzori birds will be present by 2030; that bodes well for the mammals too. Both Cercopithecus l’hoesti and a rare Colobus monkey have only ever been seen in the National Park and the incredible unique vegetation of its higher mountains are the reason why it’s a World Heritage site. Another encouraging fact – in the last 15 years, 25 previously unknown species of invertebrates have been discovered in the region. As this next decade is crucial for eco-restoration, if we restore 30% of lands that were converted to farmland in priority areas like this, working at local levels, we could possibly prevent 70% of predicted mammal, bird, and amphibian extinctions. It might be good news for pangolins, the emblem animal of the Rwenzori Founders. 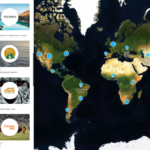 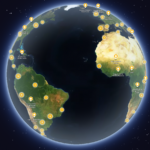 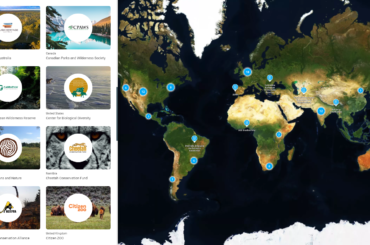 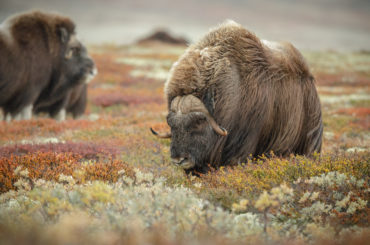 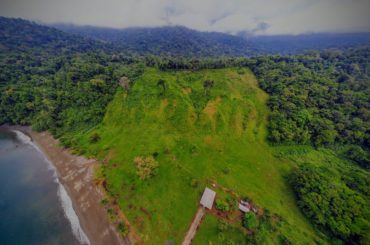 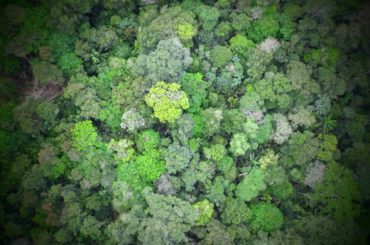